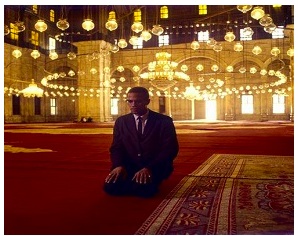 Many Muslims who have been blessed to make Hajj often speak of how the journey is a life-changing experience. This is more the case for some than others.

Malcolm X, or Al-Hajj Malik El-Shabazz, is one Muslim who saw the light of true Islam through his Hajj in April 1964. As a former member and speaker for the Nation of Islam, a black spiritual and nationalist movement, he believed that the white man was the devil and the black man superior.

After leaving the Nation of Islam in March 1964, he made Hajj, which helped change his perspective on whites and racism completely. READ MORE

View all posts by sohailm